Waterproofing your solar lights to make them last longer 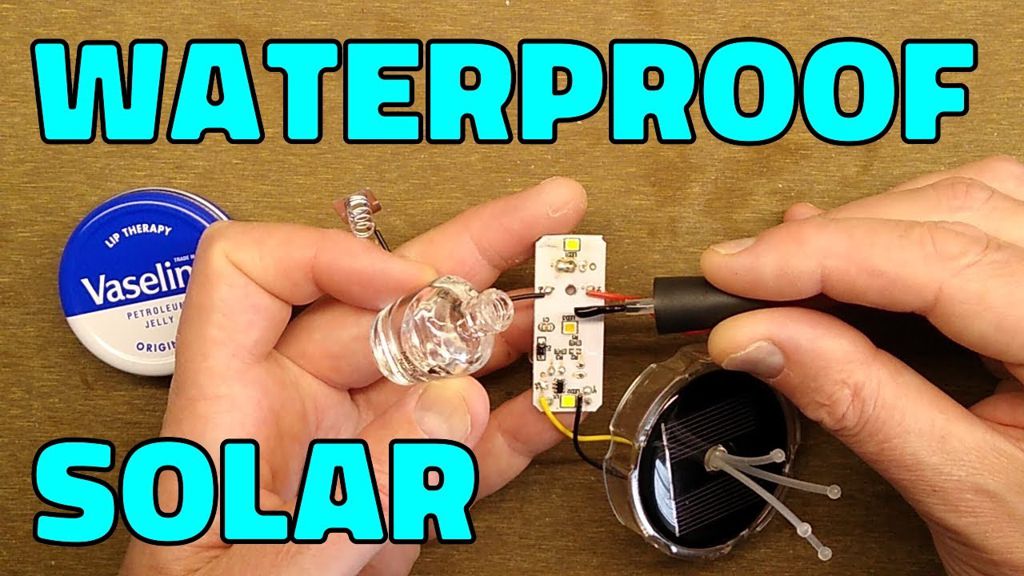 Since I really like this light (featured in a different video) I thought I'd make sure it's not going to succumb to damage from water ingress. It's the biggest destroyer of solar garden lights, and a little bit of waterproofing could make them last many times longer than they normally would.
For the PCB and where connections are close together I recommend a clear lacquer like cheap nail varnish. It's very easy to apply with the included brush.
The switches in these units are notorious for corroding inside, so bridging them out with a blob of solder will prevent that from being an issue.
The waterproofing of the solar panel itself is often the trickiest bit. On some panels a bit of water wicking along the edge can cause electrolytic corrosion that gradually eats away at conductive layers over time.
Another common point of corrosion is the terminals of the LED. They are often made of coated steel and corrode readily, aided by their close vicinity. A blob of lacquer or grease will block the water from sitting in that area.
The main issue with the batteries is corroded terminals. Smearing them liberally with grease will prevent that by excluding water and air. If you really squish it around the positive pip end it will also prevent the conductive schmoo forming between the anode and cathode of the battery case where they are close together.
Doing these things will have a huge impact on the life of your lights. Other things for the future are to note that you can solder in some new LEDs if you wish, and the batteries do gradually fail due to the high number of charge/discharge cycles they get. With AA or AAA NiMh (Nickel Metal Hydride) cells you can just swap in a new one. It doesn't have to be an expensive one - dollar store rechargeables are fine as the capacity doesn't have to be high and self-discharge is less of an issue with daily charge/discharge cycles.
For the true geek you can also change the inductor to get higher or lower intensity/run-time. Generally using lower values like 47uH will result in higher intensity, while 220uH or higher reduces the intensity, but results in much longer run time. Ideal for low sunlight applications.
Supporting the channel with a dollar or two on Patreon helps keep it independent of YouTube's quirks, avoids intrusive mid-video adverts, gives early access, bonus footage and regular quiet Patreon live streams.
https://www.patreon.com/bigclive
#ElectronicsCreators