Scotch Whisky vs Sodastream – will it carbonate? 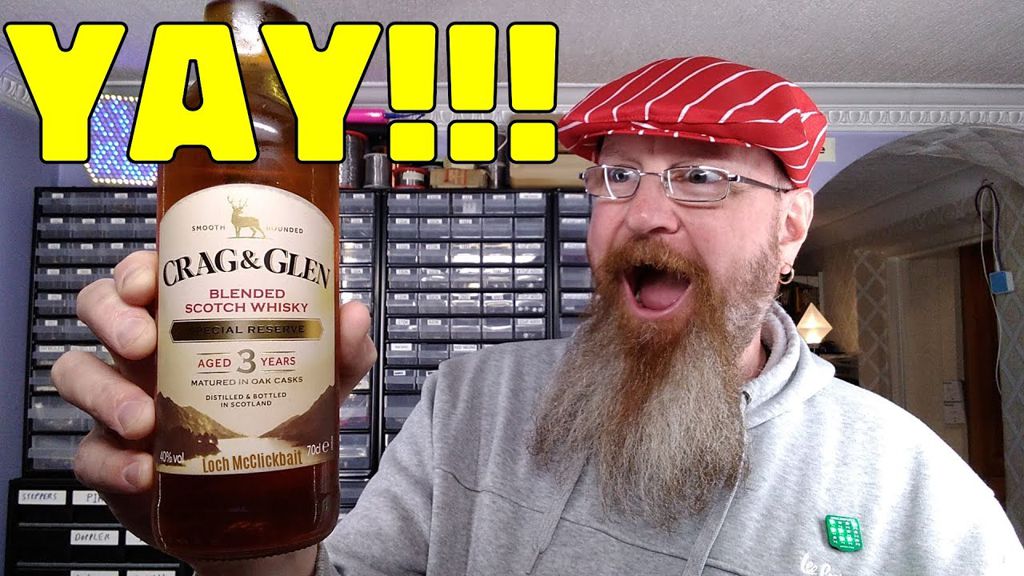 Spoiler - this was AWESOME. It would make a great party starter if you carbonated whisky in front of your guests and then served them all shots of the freshly carbonated whisky to get the party rolling.
In some European and Soviet regions it is traditional to put vodka into a soda siphon (early home drink carbonator) and dispense the fizzy vodka into glasses with a drizzle of fruit flavoured syrup.
It's best to chill the whisky (or whiskey) first as it will absorb more carbon dioxide. Don't use expensive stuff, as that would be a waste. I used Sainsbury's Crag and Glen supermarket whisky as it is cheap but very acceptable.
Sodastream only recommend using water in their units to avoid clogging up or damaging the safety pressure release valve. As such, you do this at your own risk.
Show me if you loved or hated this video with those thumb buttons. If you liked it, then subscribing to the channel will ensure you get notified of new content when I release it.
#ElectronicsCreators

It is time for another carbonation experiment, and this time it's the turn of scotch whiskey, my country's national drink. So there you go, let's crack the ball open and pour it into the carbonation bottle, so i'm going to tip it in until it gets up to the wibbly wobbly line. That is the cracked carbonation level for whiskey and then i'm going to stick carbon dioxide into it. Quite looking forward to this one, i think it's gon na work that could be optimism just before a fall, but you never know so.

Here's the soda stream and here is the bottle of whiskey ram it into the sodastream and carbonate in several bursts. Oh that's good! We're going for a triple fart here. It's important to note that sodastream only recommends carbonating water in their units, just in case they explode in some countries they put vodka into soda siphons and they carbonate and then squirt it into little glasses of syrupy fruit syrup stuff, and it makes a party starter. That's what i think this whiskey could be used for.

Oh it's taking a lot of carb dioxide, that's quite scary! First fart second fart triple fartulation. Let's let it time down, let the bubbles go up a wee bit and then we'll start releasing the pressure. Oh, it's foaming up, but i think the foam is going to down quite quickly. This could also be jinxing myself by seeing things like that.

Is it carbonated, i would say so, uh a glencairn glass, which is the best class for drinking whiskey. That's quite a generous glass of whiskey, but that's okay. It's a generous drum, let's taste this and see what the texture is like. Since that's what it's going to be about.

Oh super, fizzy! Oh that's! Great! Hmm! Do you know this would be great for see if you had a party and as part of that party right at the beginning, all your guests were assembled and you carbonated some whiskey and then gave them all a shot of whiskey to start the party there'd be A certain sort of novelty to that, plus it tastes really nice and uh - that novelty would really get the party off to a good start, and i would use it up because i don't think you'd really store it for too long without being carbonated. Oh i'm going to give me hiccups eh, that's great! That is a really good result. So can you carbonate scotch whiskey? The answer is yes, should you do it? Yes.

8 thoughts on “Scotch Whisky vs Sodastream – will it carbonate?”