Inside a vintage west german 500v test lamp with schematic 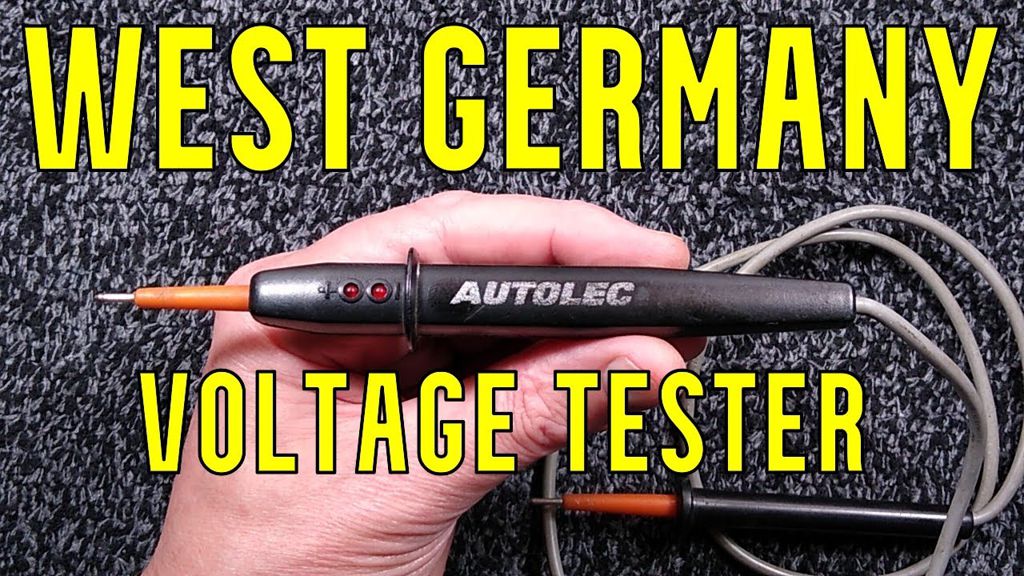 There were probably better and safer options, but as a young electrician I couldn't justify one of the professional units. The surprising thing is that, forty years later the same simple technology is still used in many other modern units. The reference to "West Germany" is also a reminder of the Berlin wall that divided the country in that era.
This tester served me well for doing final safety checks on stuff I had disconnected or been assured was isolated.
The only aspect of the technology that appears to have changed is the form of the current limiting component and the efficiency of the LEDs. Modern Chinese clones tend to use an extra fixed value resistor as an extra safety device.
This type of tester still has its place. The behaviour of the LEDs gives an indication of the voltage, they load the circuit slightly to avoid detecting capacitive leakage and they require no battery to operate.
Supporting the channel with a dollar or two on Patreon helps keep it independent of YouTube's quirks, avoids intrusive mid-video adverts, gives early access, bonus footage and regular quiet Patreon live streams.
https://www.patreon.com/bigclive
#ElectronicsCreators