Inside a modern simon memory game 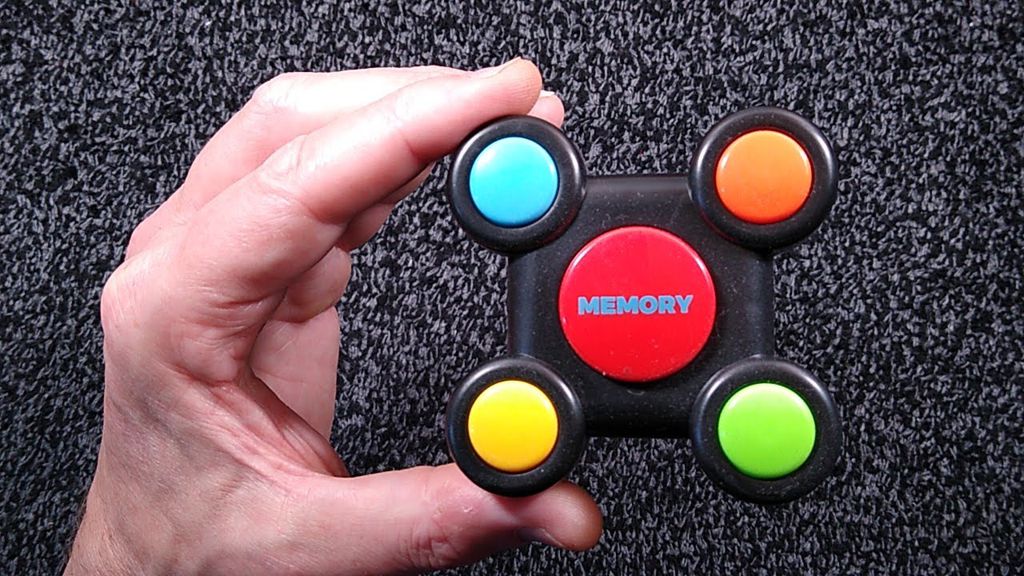 The original Simon game was one of the first to use a microcontroller. This much smaller pocket version is following that up with a more modern microcontroller and not much else.
The microcontroller used in this design appears to be a trsp5080a made by Tritan Technology, and incorporates a speech/sound replay facility that is used for sound effects. The chip is probably an OTP (One Time Programmable) version for cost optimisation.
I'd guess this chip is intended for use in toys and greetings cards.
The circuitry is notable for not having any resistors, with the LEDs being driven directly from the microcontroller pins, and the input buttons are based on conductive rubber pads being pressed across tracks. The buttons are interesting because of the way they attach to the PCB. Each silicone rubber dome has two pins with a narrow and wide section along their length. The narrow end is placed through a hole in the PCB, and then the wider section is pulled through the hole to grip onto it. It's an attachment system that works well.
The game itself has the same weakness that many others have, in that it doesn't get progressively faster in its replay of the button sequence. That means the game gets progressively slower to play as the colour sequence increases in length.
This game came from One Below in the UK. It could form the base module for a scaled up version of the game with PNP transistors used to drive larger LEDs. (The outputs pull low to turn the LEDs on.) The buttons pull the inputs high, so for extending wire length to larger buttons an extra pull-down resistor might be required.
Supporting the channel with a dollar or two on Patreon helps keep it independent of YouTube's quirks, avoids intrusive mid-video adverts, gives early access, bonus footage and regular quiet Patreon live streams.
https://www.patreon.com/bigclive
#ElectronicsCreators

13 thoughts on “Inside a modern simon memory game”